A Villa in the south of Beijing CBD, Shuangjing, Jinsong and Panjiayuan neighborhoods

Rent a villa at the south of Beijing CBD 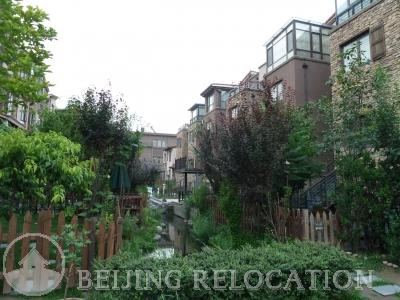 This is the "Beijing CBD South", a large business hub located between the second and the fourth ring roads. This district can be depicted through three neighborhoods: Shuangjing, Jinsong and Panjiayuan. The area is split in two by the third ring road. Despite traffic jams at peak hours, this is a convenient location for road access. Transports in common are developped and give access to the area, with three subway stations: Shuanjing, Jinsong, Panjjiayuan on line 10.

The area offers few villa compounds, but it can be a nice choice to be in Beijeineg city center while in a favored environment. The compounds there are rather new and comfortable, the area is upgrading itself quite fast and is chosen by young Chinese city dwellers, thus contributing to the eastern development of Beijing. Now the place is attractive and developed, with restaurants and shopping places.


Surroundings of a villa in Shuangjing, Jinsong and Panjiayuan: things to do

The major landmark at the western edge of the area is the Temple of Heaven.

Besides, the place features some art galleries, you can for example visit the Today Art Museum 今日美术馆, a place dedicated to contemporary art, as well as the Vitamin Creative Space 维他命艺术空间. Bth these places are close to Shuangjing subway station.

At this place are settled bars and venues, the place is sometimes even called "a little Sanlitun in the south". This is indeed true you have some nice places close to Landgent Center and Viva Mall (the R&F Shopping Center).

Panjiayuan is another must-see: a Antiques market in Beijing, with interesting things to buy if you are of a curious mind.


A villa in Shuangjing, shopping malls and commercial centers around

Food shopping: a Carrefour is settled 31, Guanqu Lu, at the east when you get out of Shuangjing subway station. Two other Carrefour shops are a reach, one is west of Guangqumen bridge, its adress is Guangqu Inner street. The other one is at the south gate of Temple of Heaven, nearby Fangzhuqng sport field.


International schools nearby your villa in Shuangjing

Most of international schools in Beijing are not located in these neughborhoods, but in Shunyi and Beijing Lido.

If you live there, the hospitals in Beijing CBD are probably the best place to go. Two adresses in this neighborhoods: Beijing Aier-Intech Eye Hospital and Beijing Yuyuantang Clinic.


A villa to rent in the Shuangjing area 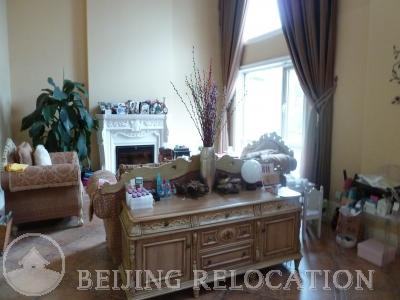 We selected the following villa compound: