Rent a Villa in Beijing in Dongzhimen, Sanlitun and Gongti

Renting a villa in the globalized Beijing 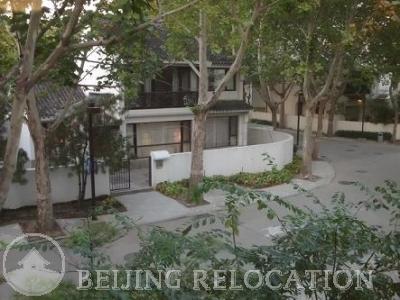 As a whole, Sanlitun, Dongzhimen and Gongti is the most active and dynamic place in Beijing. This is an densely urbanized location, where you can above all find apartments and serviced apartments, but a few villa compounds do exist if you are looking for a house in Beijing.

This is a place which is associated with the foreign expatriates in Beijing because of historical reasons. In the 1960s, all the foreign embassies in China were to be located in this area, chosen because it was apart from the city center, at 3 Li (1,5 km) from Beijing eastern gates (Dongzhimen). This is the reason why it is called Sanlitun, the "location at 3 Li".

New diplomatic districts have been created since this period. The two other embassies clusters are now Liangmaqiao and Ritan. Sanlitun has nevertheless remained a place with important embassies, among those are the embassies of Germany, Italy, Belgium, Sweden, Hungary, Saudi Arabia, Spain, Turkey, South Africa, Switzerland, Australia, Norway, Marocco.

After several years of economical opening in China with Sanlitun having been a one of the cradles for this phenomenon, restaurants and bars have gathered there with all kinds of food from everywhere in the world and all budgets. Now, the place is fashionable, a landmark for Chinese people and foreigners in Beijing. 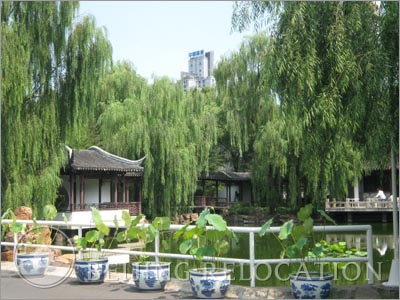 The area has upgraded its standard with renovation for the 2008 Beijing Olympic Games, with the settlement of the "Sanlitun Village" and the Nali Mall, a very ambitious project of high-street shopping and above all, a showcase of China's opening on the world. Some examples of international brands in Sanlitun: Alexander McQueen, Christian Louboutin, Calvin Klein, Armani, Evisu, Diesel, Longchamp, Montblanc, Rolex, Versace, Apple store, Uniqlo, among other brands just as luxurious. Sanlitun village's design was monitored by Japanese architect Kengo Kuma.

Sanlitun is not the traditional China, but this is a genuine China that you'll have close to your villa in Beijing, in its own way. This is a China that has developed at high speed with globalization and economic opening. Sanlitun has a specific atmosphere, with designers, creators, young people. For all these reasons, rent a villa in Dongzhimen, Gongti and Sanlitun is a very sought-after location for foreigners and Chinese city-dwellers. Another good thing about Sanlitun is its rather nice atmosphere.

The area is a major landmark as well because the Worker's Stadium (Gongti). Built in 1959 to commemorate 10 years of Popular Republic of China. The stadium has been renovated several times and today it hosts sport events, football matches and concerts. Besides, around the stadium are Beijing's most famous bars and night clubs: The Mix, The Bar at Migas, The James Joyce Club, The Kokomo, le Lantern Cub, Beer Mania, Paddy O'Sheas, The Tree.

Rent a villa close to international schools and culture centers


primary school 4 Sanlitun Lu, Junior High School at 13, Sanlitun Dongsijie. French High School is not in this aea but located at the north west towards Olympic Park/Ditan.

has a branch in Sanlitun, another branch in Shunyi. The Sanlitun branch of the British School of Beijing is 5, Sanlitun Street.

has a branch at 35, Dongzhimen Wai Dajie with a bilingual English/Chinese curriculum.

Around the Worker's Stadium, some cultural centers: the Alliance Francaise , 18 Gongti Xilu, and the Instituo Cervantes 1, Gongren Tiyuchang Nanlu.

Clinics and hospitals used to have foreign patients are essentially located in eastern Beijing. You can have information on these institutions on our blog. Here is a list of hospitals and clinics in Sanlitun, Dongzhimen and Gongti.

The Hong Kong International Medical Clinic in Chaoyangmen Bei Dajie, 2 has a long experience as a medical institution in Beijing.

The Beijing International SOS Clinic, Sanlitun Xiwujie, n°5, with a another branch dedicated to Orthondontics.

Rent a Villa in Beijing in Dongzhimen 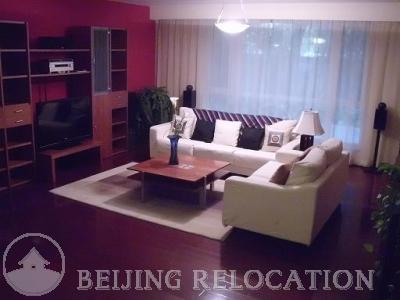 Along Dongzhimen Wai Dajie and around Dongzhimen subway station is the area usually referred as Dongzhimen. This is not the most usual place to find a villa to rent in Beijing, but actually, you can find some. Close to Sanlitun, the area itself is not that lively. You have access to Beijing subway line 2 and have a direct access to the Beijing Capital Airport.

Convenient places for shopping are the Raffles City 来福士 Shopping Mall and a Jenny Lou's shop with international food. Your villa in Beijing will be located in between the traditionnal Beijing and the modern Beijing.