Rent a villa in Beijing Lido

To rent a villa in Lido, Beijing residential area 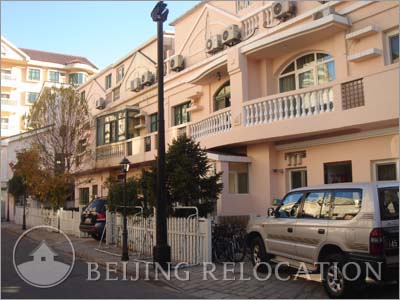 In the northeast of Chaoyang, the Lido (actually it is called Lidu but the name Lido was chosen a few years ago and is widely used today) area is a growing district, following a general trend of Beijing's expansion. This is a place which is not as huge as other districts in Beijing, but this is a dynamic district that concentrates young urban dwellers that belongs to the rising Chinese middle class, and expatriates.

Beijing Lido has been among the first locations in Beijing to develop themselves in the eastern districts of Beijing, before the Shunyi suburb large development. The middle-class people working in Choyang district as well as expatriates have chosen these areas to have larger housing, more sensible rents and be closer to international schools.

However, the big difference between Lido and Shunyi is that Lido is more active economically speaking, less green and closer to Beijing center.


Rent a villa in Lido, a district with an important economic activity

Numerous foreign companies have seized the development opportunities offered by the Beijing Lido district. Towers such as Lido Place or Office Tower are attracting office settlements, especially regarding IT or technological activities, or start-ups installed in this Beijing neighborhood, for example inside the "Electronics Innovation Industry Park."

Shops and restaurants of all styles are present in this Beijing Lido area.

Rent a villa in Lido, a district that enables easy access to the Beijing capital airport

Easy access to the airport from Lido explains the presence of many large international hotels in this district of Beijing.

Rent a villa in Lido close to 798, the Beijing contemporary art district

The 798, old abandoned factories and transformed in a contemporary art center, is one of the main attractions of the Beijing Lido district. This complex attracts inside this painters and artists with every possible skills, designers and creators. Contemporary art in China is very creative now and 798 is a particularly active area.

The 798 is not the only artist village in Beijing, a little bit more at the east is located Caochangdi " Caochangdi Cun", more avant-garde but more secretive, whereas 798 is a forum open to everyone.

Parks and green areas close to your villa in Beijing Lido

This is a district that includes a certain number of green areas, for example the Side Park 四得公园, the possibility to walk along the Bahe river, Golf courses such as the Beijing Champion Golf Club. The Beijing Lido does not give the same quality of life as the Shunyi district, more at the north-east, Lido is a nice and rather green district, an advantage which is nice in Beijing. For sport amateurs, Lido count many tennis courts and football fields.

International Schools close to your villa in Beijing Lido

This is why the district is chosen by many families in Beijing to facilitate follow their children's studies.

Our blog with several principals interviews..

Hospitals and clinics close to your rental villa in Beijing Lido

The following health institutions are settled in the Beijing Lido district:

Information about some of these establishments are available on our blog.

It is possible to find international products close to your villa in Beijing Lido: two Jenny Lou's, next to Side Park. One is located next to Xiaoyun bridge on the 4th ring road, Fangyuanxi Lu, the second one is a little bit more up north-east, Jiangtai Lu n°2.

Our selection of villas compounds in Lido 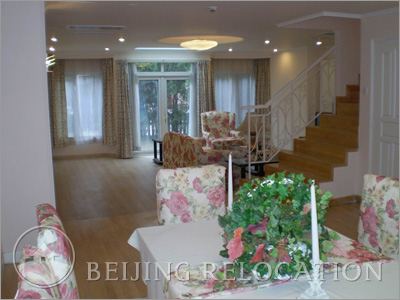 In the Lido district, we selected two villas compounds: