Rent a villa in the Northern Part of Beijing City: Ditan and Olympic Park

Rent a villa in the Ditan neighborhood 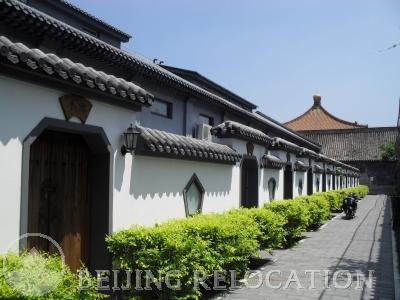 This area is a bit away from the business hubs of Chaoyang district. The villa you'll rent in Beijing is west of Sanyuanqiao and Liufang, a place that has changed a lot (like the rest of Beijing, actually) in the past few years. This area is turning into a residential area ideal for the emerging Chinese middle class. This is a very central area in the center of Beijing, at reach of most of Beijing's major landmarks.

This neighborhood is a wide residential area, north Andingmen and the Yonghegong Lama Temple. Ditan, Temple of Earth, is the landmark there, this is overall a nice place to live in. You won't be far from Beijing historical center, with attractive areas like Houhai and the Gulou Tower. You are not far away from the Beijing "Hutongs", the historical alleys where you can have a sight of Beijing traditionnal life, and above all do shopping and stroll around in the maze of the alleys. The big advantage of living there is that you'll have the feeling of "genuinely" be in Beijing, close to a more traditionnal housing style. The rents in this area have a tendency to increase rather quickly.


Three large parks around the villa you'll rent in Beijing

Ditan Park, Yiyin Park and Qingnianhu Park are three large parks close to your villa in Beijing, this is a great occasion to go out in a very urbanized district.

Still, be aware that this is an area quite apart from main attractions for foreigners in Beijing. To do shopping, to go to bars and restaurants, most of the time you'll have to go to other districts in Beijing.

International Schools close to your villa in the Ditan neighborhoods

Compared with Shunyi and Beijing Lido, there is fewer international schools in this neughborhood. Some schools for expatriate kids are quite close from your villa in Beijing.

Anyway, at the north of third ring road, not that far from your villa in Beijing, two schools have settled branches: Harrow International School Beijing and the BISS International School, nearby Bei Tu Cheng subway stations. In addition, the French School has a branch there, in the Heping neighborhood, close to Hepingxiao Subway Station.

Hospitals close to your villa in Beijing, Olympic district neighbourhood

Hospitals and clinics will be further north, not in the DItan neighborhood itself but in the Olympic Park neighborhood. These hospitals are: AmAsia International Medical Center 东方美华医院 and the Beijing HarMoniCare Women and Children's Hospital (HMC).

Serviced partments in the Ditan area 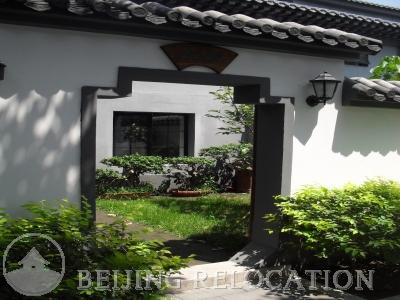 There is a villa compound: