Rent a serviced apartment in the Dongzhimen, Sanlitun and Gongti neighborhoods

Renting a serviced apartment in the cosmopolitan Beijing 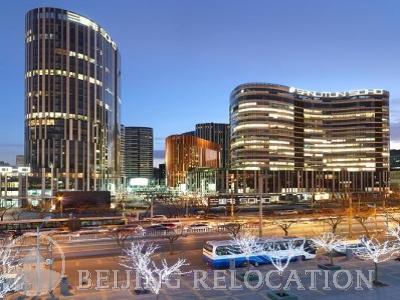 Sanlitun, Dongzhimen and Gongti are three areas among the most dynamic in Beijing. This is one of the Beijing districts where many serviced apartments are available for rental.

A large number of foreigners have settled themselves in these places. There is an historical explanation, at the beginning of the 1960s, the Chinese government decided to establish all the embassies in the same district. They chosen place was located outside city center, at 3 Li, which means 1,5 km from Dongzhimen Beijing City Gate. This is the origin of the name Sanlitun, the location at 3 Li.

Foreigners, over the years, accustomed themselves to this district and this is the natural place for foreign-oriented bars and restaurants to establish themselves. Gradually, the place became fashionable and attracts a larger and larger crowd, both Chinese and Foreign young people.. 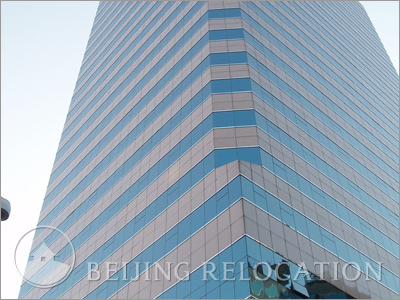 The site has been developed for the 2008 Olympic Games, with the opening of the "Sanlitun Village" and the Nali Mall, large real estate projects with a purpose to illustrate the opening of the Chinese society to the world. The most prestigious international brands have settled themselves inside the village, next to the largest Adidas store in the world. Now, you can find the following brands: Alexander McQueen, Christian Louboutin, Calvin Klein, Armani, Evisu, Diesel, Longchamp, Montblanc, Rolex, Versace, Apple store, Uniqlo, among other brands just as luxurious. Sanlitun village's design was monitored by Japanese architect Kengo Kuma.

The China you will see next to your serviced apartment in Sanlitun, Gongti and Dongzhimen is not the traditional China, but this is a China which, in its own way, is just as authentic. This is the triumphant China which is thriving thanks to globalization, with economic opening on the world. This generates a specific atmosphere, attracting young people, creators, designers. This is the reason why renting a serviced apartment in Sanlitun and Gongti is really sought-after by expatriates as well as by Chinese people. This is a dynamic place, in the business area of Beijing but still with a nice atmosphere.

Another important landmark in the area: the Worker's stadium, south west of Sanlitun. Famous all over China, it was built in 1959 to commemorate the 10th anniversary of the Popular Republic of China. Since then, it was renovated several times and still hosts sport venues and concerts. It is surrounded by the Beijing's most famous bars and night clubs: The Mix, The Bar at Migas, The James Joyce Club, The Kokomo, le Lantern Cub, Beer Mania, Paddy O'Sheas, The Tree.

Several international schools established themselves in these neighborhoods: The Beijing International French School with primary school 4 Sanlitun Lu, Junior High School at 13, Sanlitun Dongsijie. The French High School is at another location, north towards Olympic Park/Ditan (link). The British School of Beijing has a branch in Sanlitun, another branch beijing in Shunyi, the district where most foreign schools are located. In Sanlitun, the British School of Beijing is 5, Sanlitun Street. The Ivy Academy has a branch at 35, Dongzhimen Wai Dajie. This institution proposes a bilingual English/Chinese curriculum. Located around the Worker's Stadium, international cultural institutions: the Alliance Francaise (French language and culture), 18 Gongti Xilu, Instituo Cervantes (Spanish language and culture) 1, Gongren Tiyuchang Nanlu.

Most of clinics and hospitals which purpose is to serve expatriates are located in the east of Beijing, you can have information on these institutions on our blog. In the Sanlitun, Gongti, Dongzhimen district, you have the following health institutions:

The Joinway Dental Clinic is specialized in dental problems, you can consult with generalists ans specialized dentists. The adress is Dongzhimen Wai Dajie n°48.

The Hong Kong International Medical Clinic is locaed Chjaoyangmen Bei Dajie, 2, and is the firts medical institution established in Beijing, it benefits from a long experience in the health field in Beijing.

The Bejing Chaoyang Hospital is at the borderline with the Beijing CBD, at 8, Baijiazhuang Road

Rent a serviced apartment in Beijing in Dongzhimen 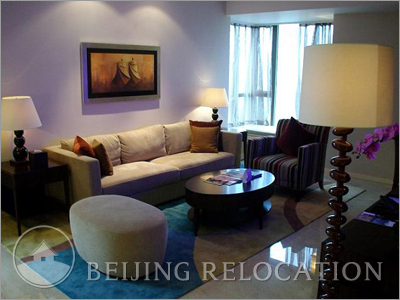 This residential Dongzhimen area extends east of Dongzhimen subway station and borders the Dongzhimen Wai Dajie. In this perimeter, several compounds offer serviced apartments for rent. The area is not extremely lively in itself, but is a really convenient one, close to the subway line 2 that enables you to reach most of central Beijing places. From Dongzhimen subway station, you have a direct access to Beijing Capital Airport.

The advantage is that this location is very close to major attractions. Sanlitun at the east; historical Hutong alleys at the west around Yonghegong Lama Temple. The "Ghost Street", which real name is Dongzhimen Wai Dajie is very famous. Decorated with thousands of red lanterns, it hosts tens of Chinese restaurants and is a very popular destination to eat a Chinese Hot Pot "Huoguo" or food from any China's region.

The Raffles City 来福士 Shopping Mall allows you to do some foreign brands shopping and there is a Jenny Lou's shop to find food from all around the world. Your serviced apartment in Beijing will be in the meantime inside Expatriates' Beijing and a more traditional Chinese Beijing.

the Embassy House 万国公寓 is a luxury compound with modern design really favoured by those looking for high standard serviced apartments in Beijing.

the East Lake Villa 东湖别墅 offers villas and serviced apartments to rent, in a nice background well suited for children.

With a very correct standing, you can rent a serviced apartment in the Oakwood 奥克伍德华庭, with a beautiful view around.

Rent a serviced apartment in Beijing in the Yinyuan neighborhood 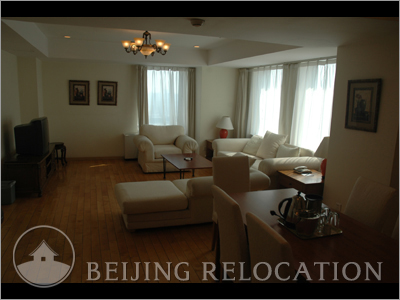 A residential area, close to the embassies, where you can walk along the Liangmahe river.

Only one residence offers serviced apartments there,

Rent a serviced apartment in Beijing in the Xingfucun area 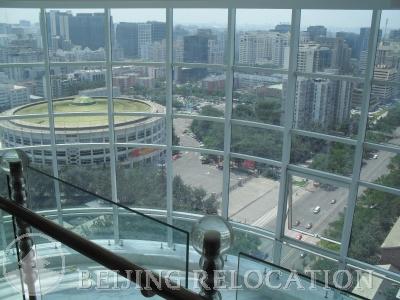 Xingfucun is the name that can be given to a large area north of Worker's Stadium and West of Sanlitun. There you can find numerous compounds offering apartments, but regarding serviced apartments, the choice is much more limited.

It is a vivid place with lots of little shops, restaurants for all budgets and all styles. This is a friendly place pleasant to live in Beijing.

Good standing serviced apartments are available for rent in

Rent a serviced apartment in Beijing in the heart of Sanlitun 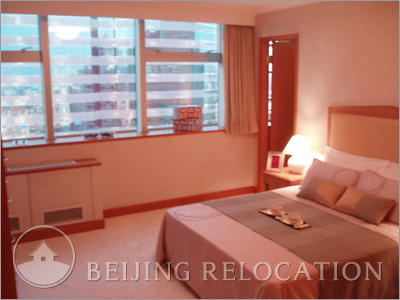 Eastwards, maybe the most sought-after place in Beijing: Sanlitun.

One residence there offers serviced apartments to rent:

Rent a serviced apartment in Beijing in Dongsishitiao 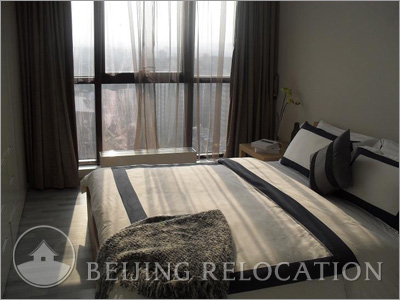 This place is at the crossroads of Eastern Business Beijing and West-central Touristic Beijing. Donsishitiao is conveniently located, 20 minutes walk are necessary to get to Sanlitun, on the other side you have immediate access to the historical Hutong alleys. 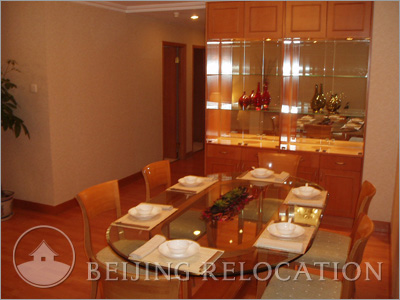 West of Worker's Stadium, a little wihdrawn from the Nightclubs, a calm and residential area. Some apartments can have a view on the Donyue temple.

There is only one compound with serviced apartments at this location: Guang Yao Apartment 光耀公寓