Rent an apartment in the Beijing Xidan and Fuxingmen neighborhoods

Rent an apartment in one of Beijing major landmarks 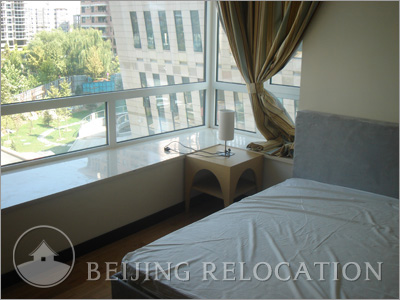 In the Xicheng district, the areas south west of Beijing second ring road around Xidan and Fuxingmen are very active economically. These are districts built around large avenues featring numerous central administrations and financial institutions.

Although these districts are really appreciated by the Chinese young urban population, the area featuring among the largest and more prestigious commercial centers in Beijing, expatriates visiting and moving to these places are rather few.

The area is located at the crossroads between Beijing second ring road and the large Chang'An avenue that leads to Tiananmen place and Wangfujing, but with Beijing's intense road traffic, this is a jammed place where it can be very difficult to get a taxi. You can access this area via Beijing subway line 1 & 2.


Your apartment in Beijing in Xidan and Fuxingmen, close to Jirong Jie, Beijing Financial Street

Inside the Beijing second ring road, between Fuxingmen and Fuchengmen subway stations is located Jinrong Jie, Beijing Financial Street. Continental China's main financial centers are actually located in Shanghai and Shenzen, two cities with stock and capital markets, wherehas Beijing has none. However, this Beijing Financial Street has a real importance with large financial regulation agencies and the headquartiers of China's central bank.

Located next to the Chinese governement central administrations, the banks and financial isntitutions established in Jinrong Jie have authority over the quasi-totality of Chinese citizen's and companies loans, and they monitor more than half insurance policies contracted by Chinese citizens.

If an overwhelming majority of financial institutions in Jinrong Jie are Chinese, a couple of foreign companies have settled a branch there, such as Goldman Sachs, JP Morgan and UBS.


International Schools close to your apartment in Xidan and Fuxingmen

This district is seldom chosen as their place of residence by the expatriates families in Beijing, it is located far away from the areas where are established the international schools such as Shunyi and Beijing Lido.

There is no international schools located in this district.

To have some information about a large number of international schools in Beijing, you can visit our blog..

You can fond some information about many of these schools on our blog.

This is among the hottest spots in Beijing to do shopping, the area gathers very large shopping malls such as Seasons Place 购物中心, in Jinrong Jie, the Grand Pacific 君太百货 in Xidan Beidajie, the Zhonh You Department Store中友百货, Joy City 大悦城, Xidan Shopping Center 西单购物中心 and Xidan Sci-tech 西单赛特商城.

If you are looking for books, one of the most famous librairies in Beijing is located in Xidan, the Xidan Bookstore 北京图书大厦 with several storeys full of books and a department with books in english.

Covered with department stores and shopping malls, the place attracts a large crownd of Beijing people, but there is very few cafes and restaurants really designed for the Beijing expatriate's lifestyle. The place is defintively high end but foreigners might find it very lifeless, this is up to you to decide if this distrits is suited for you and if this is the place where you want to rent an apartment.

Very close at the east of this area are located large performance halls that regularly host international artists and top Chinese performers: the National Center for the Performing Arts, with a futuristic architecture designed by Paul Andreu, 国家大剧院 the Beijing Concert Hall 北京音乐厅 and the Forbidden City Concert Hall 中山公园音乐堂.

International Hotels are numerous in this area, they have their own bars and restaurants, some of which are magnificient such as Ritz-Carlton's, located Jing Cheng Dong Fang Lu. For smaller budgets, commercial centers feature numerous restaurants with all cuisine styles. The area is famous for its large Karaoke-KTV venues, especially the huge Jinku KTV 西单金库ktv


Hospitals and clinics close to your apartment in Xidan and Fuxingmen

There is no hospitals designed for expatriate patients in this area. In case of emergency, you can go to the Fengtai Wound Emergency Medical Center, situé Zaojia Jie, and above all the Beijing Emercency Medical Center 北京市急救中心 located at the east close to Qianmen, 103 Qianmen Xidajie.


Rent an apartment in Beijing, in Xidan and Fuxingmen 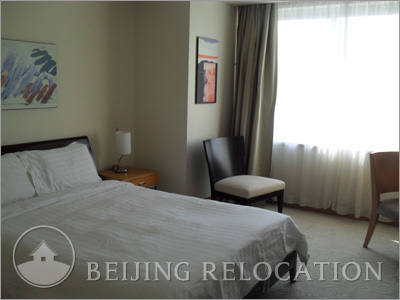 We selected the following residences in this area: