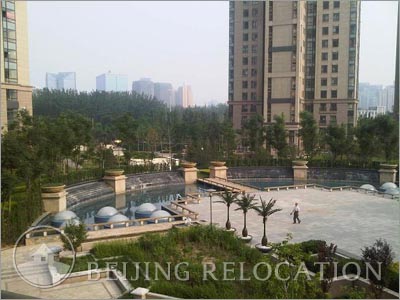 Beijing is a rapid growing city. Aging areas are being renovated, the urban landscape is changing. With an influx of people from all over China and the emergence of a Chinese middle-class, previously neglected districts are becoming new residential areas for the people working in Beijing international business hubs.

The triangle located between the second ring road and the fourth ring road, defined by the Liufang, Sanyuanqiao and Taiyanggong districts is one of these changing areas, with advantages such as a road traffic a bit smoother compared with Beijing's jammed roads, as well as easy access to the Beijing Capital Airport.

The pros of this district are quite simple: you can rent larger apartments with rather reasonable rents, and you don't have the feeling of Beijing cut away from the busy and trendy Beijing which is just southwards in Sanlitun.

This is a sensible choice for people working in Liangmaqiao diplomatic district or in the Lufthansa's Business centers. Some towers are just on the other side of the "Airport Express" Road. Among the major towers are the Gateway Tower, the Silver Tower, the Xiaoyun Tower with their headquarters of foreign companies in China (example: BMW).

This district is a bit peripheral but is convenient to live in: there is a large Carrefour Shop 家乐福 close to the third ring road (Bei San Huan Dong Lu, n°6) and a Jenny Lou's, at the south, on the Liangmaqiao's side.

Still on the practical side, just at the east of the fourth ring road, there is an Ikea shop (Futong Dong Dajie, n°59)


The schools close to your apartment in Sanyuanqiao

This is not the area with the most international schools. A new Russian Cultural Center for Kids Smeshariki Center has opened there, Suite 101-102, Bldg 2, 2 Shangjialou, north of Chevalier compound.


Rent an apartment in Sanyuanqiao 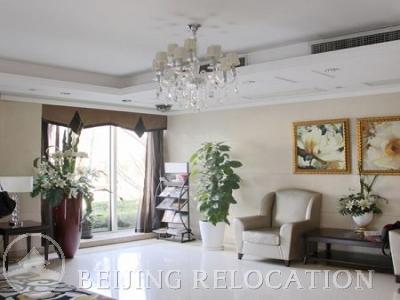 Several residences offer apartments that meet very good standards. Overall, the apartments you can rent there have a good value for money; this is a smart location to choose if you are looking for more living space in your apartment in Beijing.

We have selected the following compounds:


Rent an apartment in Taiyanggong 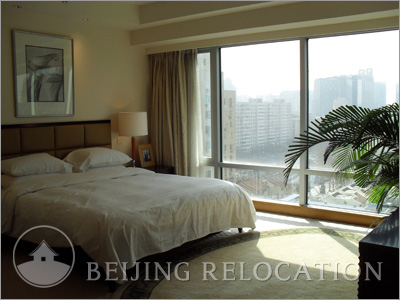 Northwards, some residences with moderates rents. The center of Beijing can be reached really quickly via subway line 10. The most pleasant compounds to live in are the following ones:

Rent an apartment in Liufang 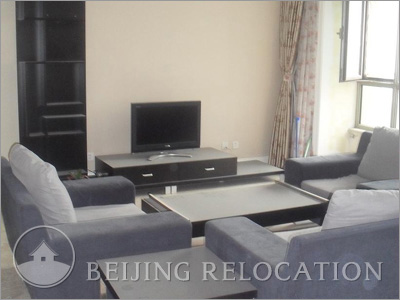 A zone closer to Beijing center, not very far from historical Hutong alleys. A fast developing area, with a very lively local atmosphere. Some high standard residences are just beginning to be established there, we selected two of them: